The end of another school year –  and many families are looking for a way to show their appreciation for the wonderful work of Brunswick’s teachers, administrators and school staff who do such a great job every day. Consider a donation in their honor to BCEF! We will be sure to send a letter letting your honoree know a gift has been received, and that this tax-deductible gift will help BCEF support our teacher’s ideas and creative visions through our grant-making process.  You can donate in a number of ways, and please email us at bcefboard@gmail.com  with any questions. Thank you for your support. 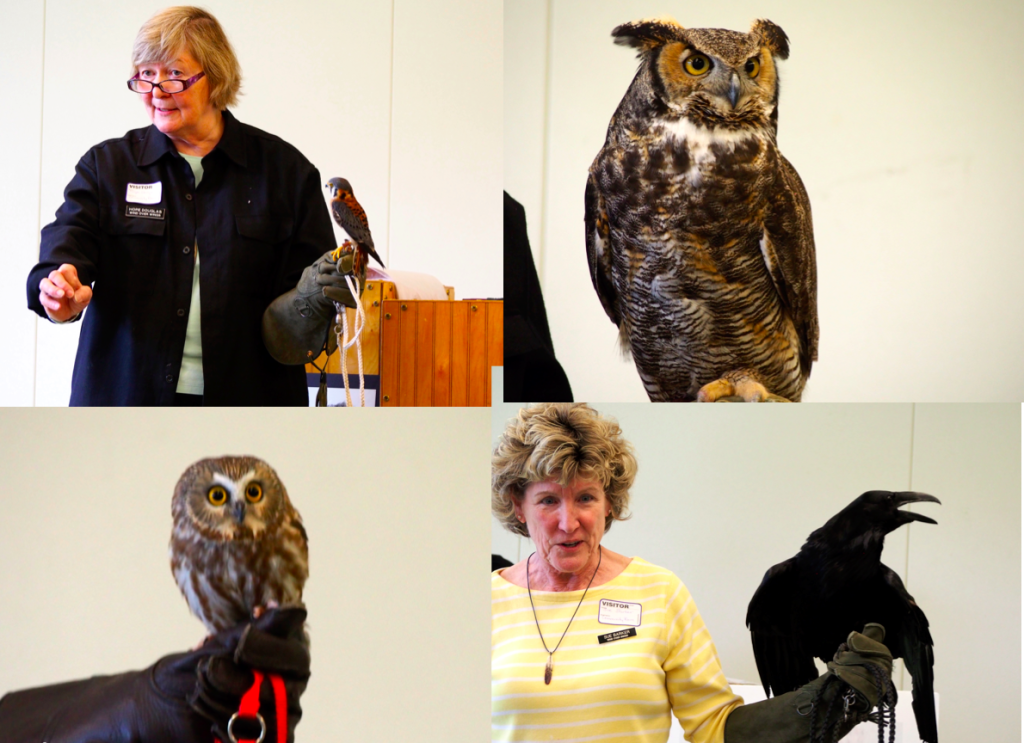 On behalf of the second grade teaching team at Harriet Beecher Stowe, Mary Lancaster submitted a grant to bring Wind Over Wings to all the second graders at HBS! This grant augments and extends second grade’s animal studies curriculum.  The kids had a wonderful time, asked many questions where it was clear they were “thinking like a scientist”, and were a curious and excited audience. Thank you to the teachers, the amazing Wind Over Wings instructors, and all our generous donors who made this program possible.  In the clip below, the students learn just how silent an owl can be when hunting!

Congratulations to our inaugural BCEF grant winners! Thanks to the wonderful generosity of our donors, alongside the creativity of our teachers, staff and administrators here in Brunswick, we funded projects totaling over $33,000 dollars.   Click below for a detailed list of grants and thank you again to everyone who made this possible. Check back soon for updates, many of the projects will get started during this current school year.

Chris Hoffman, a Brunswick resident and teacher at Greely High School in Cumberland, had an idea for his 11th grade English class.

His students are working on a projectbased learning unit that would engage students in the community. The class also is reading literature about environmental efficiency, and connecting it to disparities in wealth. Hoffman hopes to connect students with people from Habitat for Humanity or other community building organizations, stating: “We’re taking the content of what we’re working with, and making it real by using real world experience.”

For that, he would need time with experts and materials related to construction.

That sort of thing costs money, which is not covered through the traditional school budget. Fortunately for Hoffman, he can go to Foundation 51, a volunteer, nonprofit organization that provides grant money to promote student development in Maine School Administration District 51.

Teachers in Brunswick schools didn’t have such an organization to turn to when they wanted materials and access to experts that fall outside the usual technology and materials budgets.

Now that’s about to change.

The Brunswick Community Education Foundation has just received its first round of grant applications, and will soon be distributing money for education programs in Brunswick schools.

The foundation is an independent organization dedicated to supporting all K-12 students in Brunswick public schools.

“BCEF’s mission is to provide an extra measure of support that can encourage creative spirit and bold experimentation in all of our schools,” according to the foundation’s website. “BCEF grants are tightly focused on programs that strengthen academic achievement and the intellectual experience of Brunswick’s students.”

BCEF board member Stephen Perkinson said the group began a few years ago, but was recently revitalized and became a registered 501(c)3 in November 2014. Shortly thereafter, the group engaged in a quick and highly successful fundraising campaign that netted $50,000.

Half of that came from a Massachusetts couple that were dedicated philanthropists. They were not local, but were “lifelong friends with a member of our board,” said Perkinson.

The couple has since passed away — Anthony Sakowich, died at the age of 95 on Valentine’s Day in 2014. His wife, Gladys, who was at Anthony’s side when he passed, died more recently on her 97th birthday. The two were married more than 60 years, and were known for their charitable giving, according to their obituaries.

Goodwin Chevrolet Brunswick donated $5,000, and about 100 couples and individuals, including members of the Brunswick School Board and the town council, are listed as donors on the foundation’s website.

That money could be a boon to Brunswick educators looking to bring exciting and new ideas into their classrooms.

The money will be needed, because schools have been devoting more and more of their budgets to fund mandated programs, Perkinson said.

Perkinson is also clear on what the foundation won’t do: “You don’t want to be in a position of becoming a funding source for schools’ basic needs. We fund ideas. We don’t fund chalk.”

Meanwhile, Perkinson said the foundation is looking for volunteers and ideas to develop ways to raise more money.

“We are eager for ideas and for help,” said Perkinson, adding that the foundation is happy to accept any donation, large or small. “We’re happy to take it. It all helps.

“We have phenomenal teachers with great ideas,” Perkinson added. “We want to see that if people have great ideas, we can fund them.”

BCEF plans to announce its grant recipients in early April.

Hoffman is a member of the BCEF grants committee, so he has a good inkling as to what sort of projects benefits students and teachers that may not be otherwise funded.

“As a teacher at Greely High School, I have access to Foundation 51,” said Hoffman. “It’s an extra place to turn to as a teacher if I’m interested in some funding to try something new that might involve costs outside the traditional school budget. It may be something that involves bringing in an expert that gets paid for their work, or other materials required.

“It’s a nice place to turn to when the traditional school budget runs out of money,” added Hoffman.

Go to brunswickcef.org for more information.

BCEF was thrilled to award over $35,000 to a variety of projects this past week.  Thanks to our generous donors, our students will benefit from new science kits, expanded robotics offerings, a new instrument, interdisciplinary studies of culture and ecology, support for writing instruction, new books to supplement instruction, and several other innovative and creative projects.  Stay tuned for updates from the field, and opportunities to support 2016 projects!